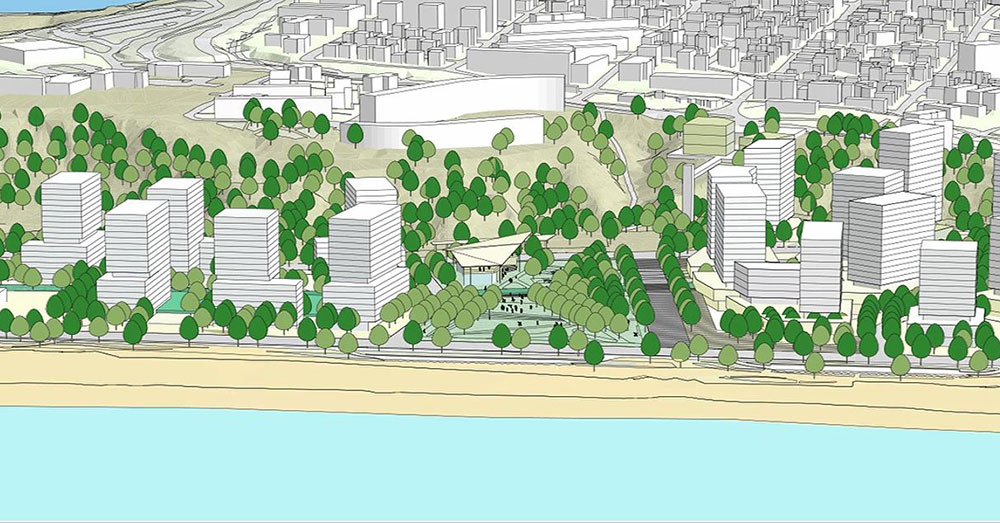 Summary: The international call for proposals aims to find an architecture office to design the new Las Salinas Urban Park (Parque Urbano Las Salinas), a beach-side complex in the city of Viña Del Mar, Chile. The project seeks to transform the area into a multifunctional green space for the future neighborhood with a high standard for its residents. The objective is to project a large park that will become an important integration project for the city: an open space for public use and accessible for everyone – a place for social, cultural, sporting, and educational gatherings.

Description: To define and organize the development of the project in the best possible way, Las Salinas and AOA (Chilean Association of Architecture Offices) launched an open competition to architecture offices globally, with the support of a local office. This will provide a global view for the project while respecting the identity and culture of the people of Viña Del Mar.

“We decided to create an open competition, and not a request limited to one office, so as to open ourselves to good ideas that can surprise us as landowners and the city as future users. In addition, we have done a careful selection of the jury that is comprised of prestigious and recognized leaders with long-standing professional trajectories in the region, counting with notable national and international recognition. That is how we want to ensure both the quality of the proposals and the preservation of the identity of Viña del Mar”, says Esteban Undurraga, Las Salinas Development Manager.

The competition includes aspects of sustainability, operation, territorial integration, and connection. In addition, democratic space and efficient operation are at the heart of a strategy of territorial and socioeconomic integration. It will allow to establish a biological connection with the wild environments of the region, thanks to the use of native flora, which allows the regeneration of the native ecosystem and is a well-known strategy to face the effects of climate change.

“The Las Salinas Urban Park will be connected with the region’s wild parks, which in turn will be connected to other public spaces, including the future neighborhood. This will generate a green circuit that meets multiple objectives: at a biological level, it will allow the ecosystem of Las Salinas to be united with those already existing in the city, thanks to the incorporation of the region’s native flora; but this circuit also hopes to become a social and cultural meeting space, by incorporating spaces that allow for activities related sports, education, leisure, tourism, or any other type that the city is interested in incorporating,” says Undurraga.

The participating teams must include professionals from various specialties: architects, landscapers, biologists, specialists in water infiltration, structural engineers, etc. They must be multidisciplinary teams to technically support the proposal.

The composition of the jury is essential to attract high-quality participants and to choose the best proposals. It incorporates renowned architects and specialists with experience in the area. The AOA will be the entity in charge of organizing the competition in conjunction with Las Salinas.

“This contest seeks to generate a first-level public urban space for the inhabitants of Viña del Mar, with a program that allows it to fulfill various functions, which will be technically sustainable and also sustainable over time. That is why this competition seeks to generate an innovative, attractive proposal, with an integrated program and in whose development multiple professionals and specialties intervene that enrich the result”, adds Lucía Ríos, Director of the Las Salinas Urban Park Competition and Executive Secretary of AOA.

The concept of Las Salinas Urban Park implies not only highlighting the biological aspects, but also the importance of the uses that are integrated; it must be a place for free use, but that generates enough income to make its maintenance possible over time, in an autonomous and sustainable way.