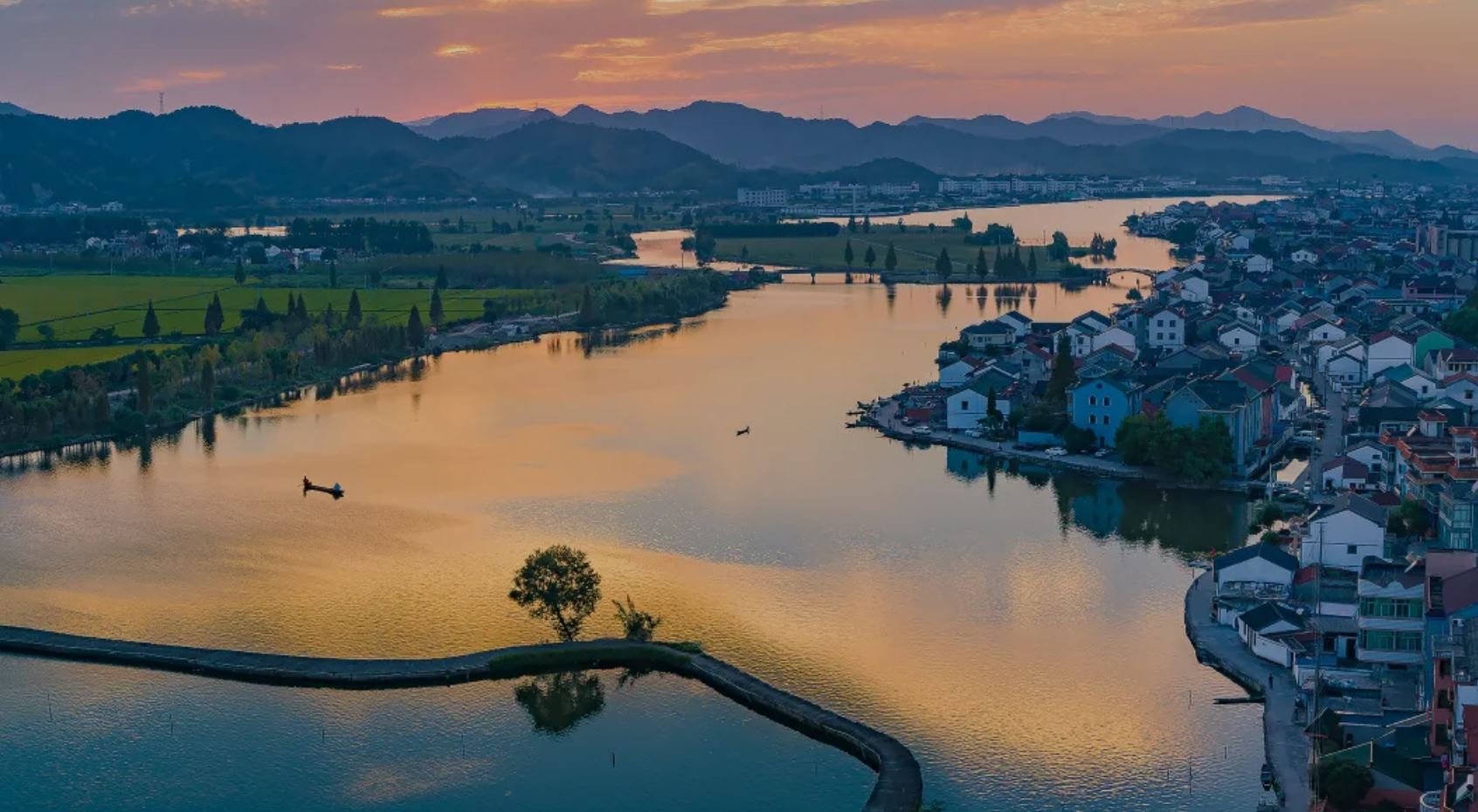 Introduction: Jianhu (Jian Lake) is the origin of the local Yue civilization. It has witnessed the vitality and development of the city for thousands of years. Sitting at the junction between the Keqiao urban zone and Kuaiji Mountain landscape, it features a unique blended context of “mountain, lake, city and farmland”, and also a number of beautiful humanistic stories. Today, under Keqiao’s development positioning—the “International Textile Capital”, Jianhu is opening up and embracing creativity altogether.

Under the background of a new era, we would like to invite global planners, architects, and designers，hereby to submit your “transcending” proposals along the lakeshore, thus to create a revived, prosperous Jianhu that transcends time and space, transcends imagination, carries and reveals the super Yue culture, and goes beyond it!

Born in Han Dynasty, Jianhu is a vivid practice of the “King Yu flood control” spirit. It has witnessed the convergence of mountains and seas in prehistoric times and the pioneering creation of the ancient Yue ethnic group. Its poetry culture arose in Tang Dynasty, and more than a thousand of glorious poems such as “Walking at the Shanyin trail is like roaming on a mirror”, “People living in Six Dynasties were not attracted by the West Lake ever” have portrayed the endless charms of it. Also, since ancient time, Jianhu has been the only water source of the globally famous Shaoxing rice wine—it is an epitome of the local profound wisdom, emotions, stories, and lifestyles.
Today, Jianhu represents multiple important interfaces including an ecological network, historical genealogy, urban function, human life, industrial iteration, and tourism. The future of Jianhu is not only about the prosperity of a local water resource, but also the link of spirit in Yue Region from ancient times till now, as well as the exploration of ecological civilization community by planners, architects, and designers.

The competition includes two sections, which are conceptual planning and urban design.

Scope: It is located in Jianhu Tourist Resort, adopts Jianhu as the core and is 12.6 kilometers long from east to west, with a site area of about 36.1 square kilometers. It covers two characteristic towns; including Rice Wine Town and Cool Wow Town, AAAA National Tourist Attractions including Keyan Scenic Area, Daxianglin · Tusita Scenic Area, Qiaobo Ice and Snow World and Oriental Neverland, and the traditional villages including Sanjia Village, Hutang Village, and Binshe Village, etc., as well as plenty of significant sightseeing spots including Mazhen Memorial Museum.

Requirements: Follow the positioning of each area, carry out urban design and shape the cultural space and features for each area. Specifically, it includes the refinement of the functional format of each area, design of spatial form, and improvement of public open spaces; At the same time, to manifest the characteristics of Jianhu, in combination with the needs of spatial layout and landscape shaping, a site should be selected to carry out the concept design of “The Jianhu Eye” as the gateway landmark building.

In the open registration stage, all contestants with relevant design experience (independent legal entity, consortium, individual) globally can register for the competition. One consortium shall consist of no more than 3 members, and each party of the consortium is not allowed to take part in the competition separately in its own name or by composing a consortium with other design institutions.

You can see the detailed competition information here!